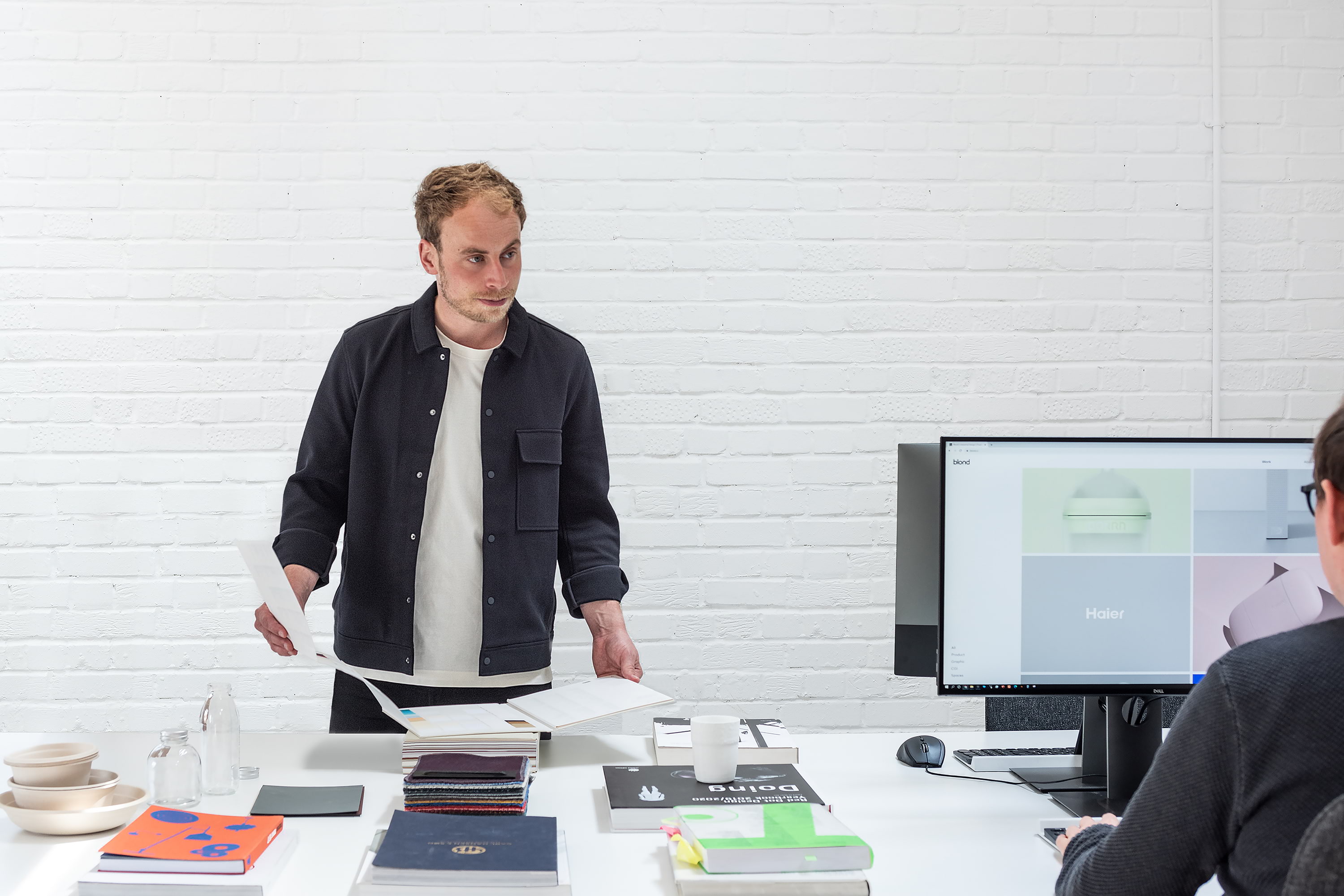 James Melia is Founder and Creative Director of London industrial design agency blond. Currently ranked the number one design consultancy in Europe and the US by the renowned Red Dot Design Awards.

After a successful spell as an in-house design manager at furniture & lighting brand Vitamin, he worked for some of London’s famous design houses, including transportation design specialists PriestmanGoode — where he was part of the team which created the revolutionary Qsuite business class seat for Qatar Airways.

Eager to make his mark on the design industry, James took out a small business loan from a bank in 2015 and set up blond. A bold decision for a Cheltenham-born designer from a modest upbringing.

James’ vision for blond was to create a thoughtful studio, underpinned by a conscientious ethos for both work and employment practices — with a design process centred on Conscious Design™.

Conscious Design is to be socially, economically and environmentally aware of the impact design has on people, places, and the systems that sustain them. James instils into blond’s team of designers, thinkers and strategists, the values of Conscious Design; usefulness, deliberateness and awareness — which have since evolved into blond’s Sustainable Design Manifesto.

As well as leading design studio blond, James shares his insights and sustainable mantra at conferences around the world, speaking about themes including brand, design, packaging and sustainability.

James is highly motivated to help disruptive start-ups to grow their businesses and reach their potential. Since founding blond, he has helped a range of promising companies to create their brand identity and design innovative products. Many have since secured additional funding and gone on to become leading brands and household names. In 2015, James worked with the then-new and emerging start-up Revolut — on a range of projects including Industrial Design and Brand Identity. Since their collaboration in 2015, Revolut has gone on to become one of the most successful FinTechs in the world, and is currently valued at over $33bn. These start-up collaborations span multiple sectors, including FinTech, consumer electronics, children’s products, circular packaging and IoT.

As a young designer, James was particularly inspired by the famous designers of the Modernist movement including; Mies Van Der Rohe, Marcel Breuer, Bruno Munari and Hans Wegner, which still influences his passion for designing simple, timeless products and furniture. At University James gained a Distinction in his Foundation year for Maths and Physics at Loughborough before shifting courses to gain a First Class BA (Hons) in Furniture and Product Design at Nottingham Trent University, 2010.

His rich and varied portfolio has won James and design consultancy blond a number of prestigious awards including; Lighting Designer of the Year, Red Dot Award, IF Award, Good Design Award, European Product Design Award, IDA Award, and a nomination for an Elle Decoration Product of the Year Award.